Myers Mortuary & Cremation Services, The Place Where our Families are First, formally opened it doors on July 12, 2009. The business relocated in February 2018 to expand its services and enhance its accessibility. With over 20 years of services to the Columbia community, Brian Myers, managing director, is dedicated to all families and works diligently to accommodate their needs through personalized attention and service. 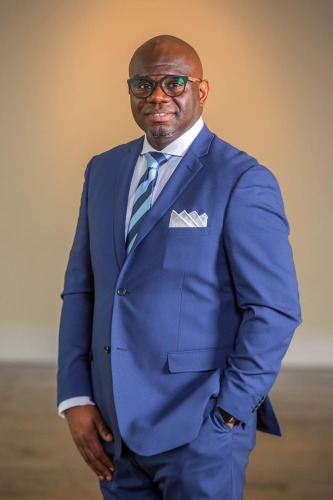 Brian Walter Myers, owner, proprietor and managing director of Myers Mortuary and Cremation Services, was born and raised in the Eau Claire Community of Columbia, South Carolina.  He is a 1994 graduate of Keenan High School.  In August of 1996, Brian received his Associate’s Degree in Mortuary Science from Gupton-Jones College in Atlanta, Georgia. After graduating, he worked as an Apprentice Funeral Director and Embalmer at the Palmer Memorial Chapel. Upon successful completion of his apprenticeship, Brian received his Funeral Director’s and Embalmer’s License in 1999.

In January 2000, Brian began employment with Leevy's Funeral Home where he faithfully served for 9 years. From 2006 to 2009, Brian was the Assistant Managing Director. In March of 2009, Brian purchased the McCollom Funeral Home which he renamed Myers Mortuary and Cremation Services. He dedicated himself to providing services there for nine years. In January of 2018, Brian relocated to the current Alpine Road location to expand his services and enhance accessibility.

Brian was initiated into the Zeta Zeta Chapter of the Omega Psi Phi Fraternity Incorporated at the University of South Carolina in Fall of 2000 and is a member of the Boys and Girls Club of America. Brian serves on the board of the Center for Community and Family Transitions, Richland County Parks and Recreation Foundation Board, and  Fortis College Advisory Board. In 2016, he was also recognized by the South Carolina Black Pages as a Top 20 Under 40 Professional.

A year of daily grief support

Our support in your time of need does not end after the funeral services.  Enter your email below to receive a grief support message from us each day for a year.  You can unsubscribe at any time.